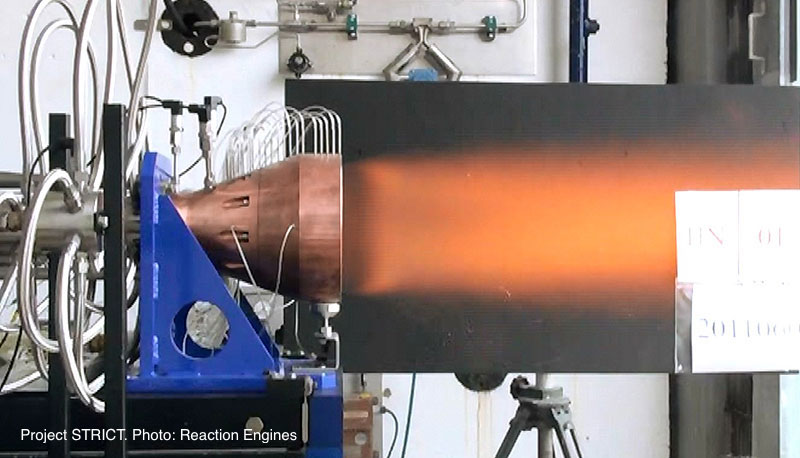 Hot on the heels of UK Moog-UK’s success on the Juno project with their Leros 1b engine, an announcement has been made by the UK Space Agency that promises an investment of £4.12 million in a National Propulsion Test Facility.

This is fantastic news for the UK space industry that has been getting some extremely positive press over recent weeks. The facility is set to be located at Westcott in Buckinghamshire and it will open the door for UK companies and academia to test and develop space propulsion engines. It will be built on existing facilities and a strong heritage in rocketry research. The new facility will result in a new vacuum facility at the site, an upgrade to an existing industry owned test chamber and open the facilities for the community to use.

It is this kind of rejuvenation and improvement that we need to see more of in the UK space sector. Encouraging investment will help to preserve and improve upon the UK’s standing as an important space player and as a key contributor to international missions. Coupled with this investment, Buckingham Thames Valley Local Enterprise Partnership (LEP) are investing their own funds into an Innovation/Incubation Centre and a skills training hub that will support the space sector and encourage local talent and young people to pursue their ambitions.

Also announced last week was UK government’s feasibility study into a commercial spaceport. Five industrial teams that all have an interest in a potential UK spaceport have been awarded contracts to explore idea and whether it could be brought to fruition. The contracts have a value of £1.5 million and the big names involved include: Airbus Safran Launchers, Deimos Space UK, Lockheed Martin, Orbital Access associated with BAE Systems and Reaction Engines Ltd and Virgin Galactic. The results of the study should be in by November and this proposal has the potential to bring the UK to the forefront of the small satellite launch market. However, there are a plethora of regulatory hurdles, not to mention ITAR, to be cleared before any progress could theoretically be made.

However, putting all this aside, the UK is heavily engaged in space and there is undeniable potential for growth. It’s encouraging to hear that the government is backing UK space industry expansion and we look forward to seeing where this investment will lead to in the future. This is an important time in the sector’s development, and it is crucial that we are setting our stall out and underlining our potential to the rest of the world.